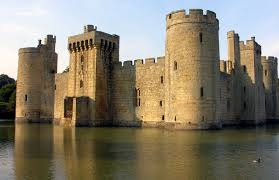 I attended the World Fantasy Convention 2014 and I was fortunate to attend a presentation by Timons Esaias on Warfare for Writers. He graciously agreed to allow me to use his material for this blog, which covers ancient to modern eras. Timons is a great speaker and he is well known as an expert in the field of Warfare. I can’t thank him enough for his kindness and help. I hope he doesn’t mind my placing a few comments in the material.

Interesting Fact 1: In World War II the German Panzer Divisions were known in books and film as being fast for that type of vehicle. Well, they were. The problem was, the fuel to run them was carried on horse drawn wagons. (I wonder if that is where the phrase, “Hurry up and wait,” came from? DC)

Let’s start with a few definitions and what they mean to writers. You may have heard of some or all of these, but what about your reader?

skirmishers: It is common to send troops out in "loose order" to cover your flanks and to keep the main body of troops from walking into a trap. This is called "skirmishing out" and the folks who do it are called skirmishers while they are doing it. Basically they spread out so as not to make much of a target, and get away from the main body. If they run into enemy units, they take potshots and see if they can disrupt or drive off the enemy. Often the skirmishers of both sides run into each other, and when they fight it's a, surprise, skirmish. (The French called them tirailleurs, sharpshooters, in the Napoleonic era, and that name is still used.)

light, medium and heavy stuff: You will constantly hear the terms light and heavy used to describe units, warriors, and weapons. Light infantry and heavy infantry, light cavalry and heavy cavalry, light artillery and medium tanks and heavy tanks, and so on. They mean pretty much what you'd think. If it's "light" it weighs less, can take less punishment, can deal out less hurt. On the other hand, "light" often means it's faster, cheaper, and more flexible. Light infantry moves faster, heavy infantry hits harder. Light tanks are cheap and fast, medium tanks are slower but tougher. Heavy artillery packs a bigger punch, but moves like a snail on hashish.

Weapons: The main distinction here is between "individual" weapons, and "crew-served" weapons. Your own sword, shield, spear, shotgun, and laser rifle are personal weapons. Anything that requires two or more people (belt-fed machine gun, trebuchet, 18-lb. culverin) is crew-served.

Garrisons: The soldiers who occupy and defend a fixed location, like a city, town, or fortress, are the garrison of that place.

Reconnaissance: The is the word for the action of trying to find out what the land around your army is like, and where the enemy might be. When you send a unit out to look around, you are making a reconnaissance, or reconnoitering.   The unit is your "reconnaissance force."

Pickets: When one is in camp, it is often wise to put little groups of one or two soldiers in a circle around the camp, who might notice the enemy coming before they get to the camp. These are the guys who say, "Halt, who goes there?" or "Stand and deliver." The little groups are "pickets" and the folks are doing "picket duty." The cavalry equivalent, a guy on horseback, is a vedette.

Engineers: These are the guys responsible for construction projects in the military. They manage building fortifications, bridges, and roads. They may also undermine castle walls.

Pioneers: These folks go ahead of an army, clearing roads and setting up camps.

Reserves: These are the guys on the bench and in the bull-pen. In warfare it is generally wise not to put all your warriors into the line at one time. One keeps a force "in reserve" to use to plug a gap in an emergency, or to throw at the enemy when you've worn them down, or to go around the flank once they are pinned down. A reserve can also cover the retreat of a main army, if things go badly. Reserves are generally to the rear of the front line, for obvious reasons.

Detachments: The bane of all units is the constant need for detachment. You start out with a big army, but then you have to detach 50 guys to cover the bridge behind you. And 200 guys to protect your supply wagons. Another batch to protect the hospital, more to garrison two forts you captured, still more to hold the high ground overlooking your camp. And you've got guys detached to find food, guys detached to bring water, guys detached to guard the supply wagons that are bringing more stuff to your camp. Result, you arrive on the field of battle, look around, and discover that it's just you, your aide, and four other warriors, and two of them have bad head-colds.

There is also attachment which is the adding of units to a unit they don't normally belong to. Your regiment might be given an artillery battery to give it more oomph, so it is "attached" to the regiment and is under the command of the regiment's colonel.

Camp followers: Sometimes this term is used to imply prostitutes, and there's a long history of that, but this is actually not a pejorative term. There's a lot of work involved in keeping an army moving, and it's usually cheaper and more efficient to have civilians do it than to detach soldiers to do laundry, drive wagons, and so forth. "Civilian contractors" is the term we use today, but it's the same old thing. Armies often had an official number of soldiers' wives (British Empire did, and so did the Roman) on the payroll to do such chores; and there would be cooks, officers' servants, clerks, and the list goes on and on. And yes, these folks would physically follow the military camp from place to place, including enemy territory.