This discussion is reprinted with the author, Roderick Vincent's permission. It was first published in Writer's Digest. I would like to thank Mr. Vincent. Also, thanks go to Julia Drake of Julia Drake, PR who worked with me to obtain Mr. Vincent's okay.

In most cases, the dystopian genre explores a fictional future, tapping into present fears about the path society currently travels.   The art is in imagery of the not yet invented but easily imagined. It’s not a surprise the dystopian genre is often lumped together with science fiction (check out Amazon’s browse categories) wher 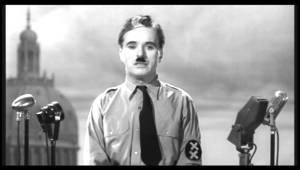 e technology plays a crucial role. Robotics, nanotechnology, advanced artificial intelligence, cloning, and all other derivatives of advanced, imaginable technology are often used as colors on the canvass painted into a reader’s mind. In George Orwell’s 1984, the all-seeing Big Brother uses the telescreen. In Aldous Huxley’s Brave New World, reproductive factories of the future are used to produce a limited number of citizens preordained to a caste-world void of pain.

Other dystopian novels avoid the technological aspect, but drive one forward with a central theme (book burning with Fahrenheit 451, ultraviolence with A Clockwork Orange, and the cycle of revolution to despotism in Animal Farm).

Why do readers latch on to such pessimistic, futuristic novels instead of utopian works? Why are we dystopian downer dudes/dudettes? Perhaps the reason lies in what Nietzsche said, “If you wish to strive for peace of soul and pleasure, then believe; if you wish to be a devotee of truth, then inquire.”

Let’s face it, utopia is a bore. As readers, we sense utopia as innately unachievable. Humans aren’t wired for stories without conflict, and perfect-world scenarios are a bigger lie than the leap of faith it takes to jump us into dystopian futures. Likewise, we’ve lived the horrors of dystopia through two world wars. We’ve seen the gas chambers smoking, the walking skeletons griping barbed wire fences clinging for their lives, the groupthink and fascism, the thought control.

Much more based in the reality we know and understand, dystopia magnetizes a reader’s sense of fatalism when we speak of hopelessly deadlocked politics and looming social and economic problems we all see habitually. The battlefield spreads itself wide and far in dystopian novels, where the imagination can dive into futuristic minefields. Considering the current political landscape and where we seem to be headed, a resurgence of the adult dystopian theme is inevitable (young adult seems to be already saturated and lacks a certain tie to the present in most cases).