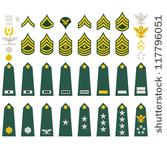 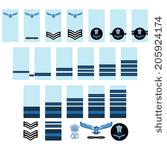 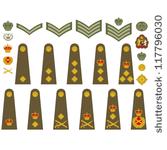 Warfare for Writers 3 - Don'ts! Stuff Not To Screw Up!

In this post, Warfare for Writers 3 - Don'ts!, Timons Esaias debunks things that don't happen in the real world and shouldn't happen in your books. 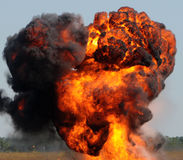 You cannot pour gunpowder along the ground to use as a slow fuse. I know you've seen it in the movies and on television, but if you pour a trail of gunpowder for a hundred feet and put a match to it, you'll have about two seconds before it all burns.

One cannot close the eyes on a corpse simply by pushing them closed. They go back to whichever way they want to be. They used to put heavy gold coins on eyelids to keep them in place, now we just sew them closed (generally after removing the eyeball). Most readers don't know this, so you can get away with it, but if my wife finds out you've screwed this up she may come hurt you. And she's a physician, so she knows how.

Speaking of medical things, unless you're describing magical creatures or superheroes, resist the urge to knock characters out by blows to the head and then have them regain consciousness with no aftereffects. The typical result of such a blow is nausea, vomiting, dizziness, headache, vision problems, stability problems, and the utter inability to swing a battle-ax with any authority.

There have been, in history, a number of short swords that were made to be drawn over the shoulder, usually by people who fought on horseback. These swords have only one edge, so you don't cut off your ear or slit your own throat; and they are very short, because you simply can't draw a long sword from your back. Now you will see, in the literature, swords called "back swords," and you'll think these are the ones you draw from your back. No, they are usually swords you wear on your back while riding around the countryside, but then hang from your waist if you actually get into a battle.

Don't have people drawing katanas or longswords over their shoulders, or I'll have to come hurt you.

Please avoid another favorite Hollywood bullpuckey device, which is the baton-twirling change of grip on a sword. It looks way cool, but it's the stupidest move on the planet. All somebody has to do is touch that sword while you're not holding it, and presto, you're unarmed. Oh, by the way, that's when they can hit you, too.

Now folks have reversed grip on swords and daggers all through history, it's a common and useful move, but it's almost always done by gripping the blade in your off hand, and then reversing. Folks gripped their own blades a lot, especially when wearing leather or armored gloves. I bet you do it in the kitchen, sometimes, when cutting with a large knife. You can get really wicked action on a sword by holding it in front of you like staff, and suddenly sweeping right or left, with the blade out. You can roll an opponent off your blade and club him with the grip, or go the other way and roll him off, and sweep the point into him, with your arm right on it. If you're quick, you can trap his shield arm.

Way of the Warrior : Code of Conduct  (Author Unknown)

Way of the Warrior: Content - If these sound like the Boy Scout Rules of Conduct, you wouldn't be far wrong. If the warrior in your novel has no flaws, he or she wouldn't be very interesting. Bring depth to your character by giving the warrior failings to overcome. While the warrior may strive to improve, he or she may not. DC

Be acutely honest throughout your dealings with all people. Believe in justice, not from other people, but from yourself. To the true Warrior, there are no shades of gray in the question of honesty and justice. There is only right and wrong.

A Warrior has no reason to be cruel. They do not need to prove their strength. A Warrior is courteous even to his enemies. Without this outward show of respect, we are nothing more than animals.

Rise up above the masses of people who are afraid to act. Hiding like a turtle in a shell is not living at all. A Warrior must have heroic courage. It is absolutely risky, It is dangerous. It is living life completely, fully, and wonderfully. Heroic courage is not blind; it is intelligent and strong.

A true Warrior has only one judge of honor, and this is himself. Decisions you make and how these decisions are carried out are a reflection of whom you truly are. You cannot hide from yourself.

Through intense training the Warrior becomes quick and strong. He is not as other men. He develops a power that must be used for the good of all. He has compassion. He helps his fellow man at every opportunity. If an opportunity does not arise, he goes out of his way to find one.

These are a few comments to help market your book on Amazon. Short, and I hope, sweet Tips for Writers.